Mr. Dennis Michel is a graduate of the Class of 1971. While attending EHS, Dennis was a member of the Jazz Band, Wind Ensemble and the “by invitation only” ALL Northwest Orchestra. His 8th grade band teacher stated that he “already played the bassoon like a professional.

Dennis holds degrees from Eastern Washington University and Yale University. His principal teachers include Wendal Jones and Arthur Weiseberg. In 1996, he was the recipient of a Fulbright Fellowship for advanced study at the Hochschule für Musik in Vienna, where he studied with Milan Turkovic. During this time, he also performed with the Vienna State Opera.

Currently, Dennis is second bassoonist of the Chicago Symphony Orchestra and a member of the Chicago Chamber Musicians. He serves as head of woodwinds at the Chicago College of Performing Arts at Roosevelt University. Since 1988, he has spent his summers teaching and performing at the Music Academy of the West in Santa Barbara, California. He previously held the position of Principal bassoonist of the San Diego Symphony and San Diego Opera. He was also the founding member of the Arioso Wind Quintet.

Dennis has also performed with the Da Camera Society of Houston, on the chamber series at Carnegie Hall’s Weill Recital Hall and numerous summer festivals including Tanglewood, the Bard Festival in New York and Summerfest La Jolla where he was a featured artist for 10 seasons.

He lives in Oak Park with his wife Peggy, an active freelance oboist and teacher. He was honored during Eastmont Senior High School’s graduation ceremonies on June 8, 2018. 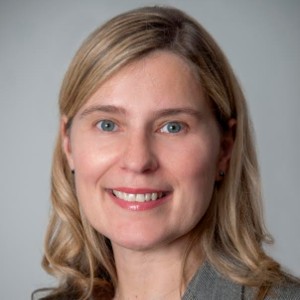 Christy is currently an Associate Professor in the Division of Craniofacial Medicine, Department of Pediatrics in the School of Medicine at the University of Washington. She is also an investigator in Seattle Children’s Research Institute’s Center for Child Health, Behavior and Development, and part of the Seattle Children’s Hospital Craniofacial Center.

Her research interests are focused on craniofacial, oral, and nutritional health in young children. Dr. McKinney currently studies the unique intersection of oral clefts, maternal nutrition, infant feeding and global health. She spearheaded the development of the NIFTY cup - an infant feeding cup for infants with breastfeeding difficulties such as infants with oral clefts and preterm infants in low resource settings - with a team of multidisciplinary experts from Seattle Children’s, PATH, the University of Washington and Laerdal Global Health. Her global research collaborations involve partners in Thailand, India and Ghana.

Dr. McKinney’s current work also includes pediatric dental research. She is the primary investigator of a grant from the National Institutes of Health investigating the extent to which children are exposed to the chemical Bisphenol A (BPA) during dental treatment. She is also involved in studies that employ innovative dentist-based approaches to establishing lifelong dental care practices in children with Autism Spectrum Disorders.

An active mentor for junior faculty, Dr. McKinney is the Associate Director of the Institute of Translational Sciences (ITHS) KL2 Career Development program, which trains KL2 Scholars through weekly seminars and small group sessions. She is also the Director of the six-week Summer Institute in Clinical Dental Research Methods in the University of Washington, School of Dentistry, which trains junior faculty from around the world.

Regarding her education from Eastmont High School, Dr. McKinney states:
Eastmont High School generously hosted several exchange students when I was in high school. Getting to know them inspired me to spend a year as a Rotary International Exchange Student in Nigeria the year after high school. I had a marvelous time. This transformative experience led me to spend two years volunteering in the U.S. Peace Corps in Ethiopia after college. It was in Ethiopia that I decided to pursue a career in public health.

When asked what her advice to graduating seniors would be, Dr. McKinney had this to say:
Persist. No matter the career path you choose, persistence and kindness will take you farther than you can imagine. I would have never guessed that I would end up as a health researcher and professor while I was in high school. Follow what makes good sense to you and who you are, even if you are not initially entirely clear where it will lead you.

Dr. McKinney was nominated by long-time family friend, Pat Malone. She is the daughter of Leon (former band instructor at Eastmont High School) and Bonnie McKinney. Dr. McKinney is married to Dr. Lance Young, an ER physician in the Seattle area. 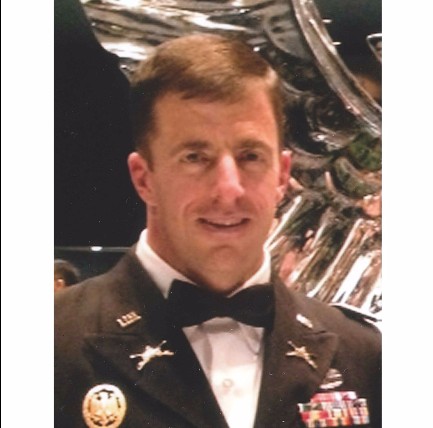 After graduating from EHS in 1995, Bill attended West Point Military Academy and graduated 4th in his class in 2000.  He has received multiple military honors including: the Commendation Medal with Valor for Heroism in Combat, Meritorious Service and the Bronze Star. Bill has earned two masters degrees and served on the faculty of West Point as an assistant professor of U.S. Foreign Policy, American Politics and Political Analysis.

In his spare time, he has published several works including the book "Military Responses to Arab Uprisings and the Future of Civil-Military Relations in the Middle East: Analysis from Egypt, Tunisia, Libya and Syria. On June 1, 2016, he was promoted to the rank of Lieutenant Colonel.  He with his wife and two children are preparing for his new assignment as a Middle East Intelligence Analyst at Central Command in Tampa, Florida.

Lori was a honor society graduate and attended Eastmont schools since kindergarten starting at Grant Elementary, Sterling Intermediate School and Eastmont Junior High School.  During her years as an Eastmont student, she had the privilege of many great and influential teachers, coaches, counselors and principals that gave her many positive life skills.

Throughout her four years of lettering in high school swimming, she was a leader in encouraging the other team members, a leader in team spirit, and a leader in the state swim competition every year. 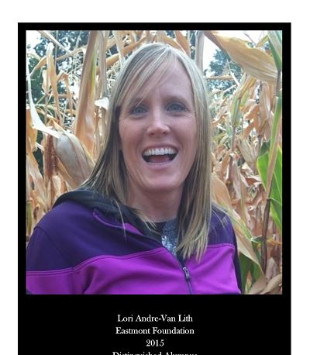 Currently, Lori has her own mental health counseling service in Wenatchee.  She has helped many students and adults in our valley.  She was instrumental in the Suicide Coalition going forward in our valley and has made life changing differences for many students.
Lori has been facilitating a state funded, research-based group for moderate to high risk youth at Chelan County Juvenile Justice Center for 12 years.  She teaches social skills, anger management, and moral reasoning to help these youth make better decisions and gain personal power and skills to be successful at home, in school, in our community, and in life.  She has been influential in reducing recidivism in Chelan County.
Information collected from The Scratching Post Graduation edition.
ADA Compliance Errors 0
Need help fixing these errors? Contact us!